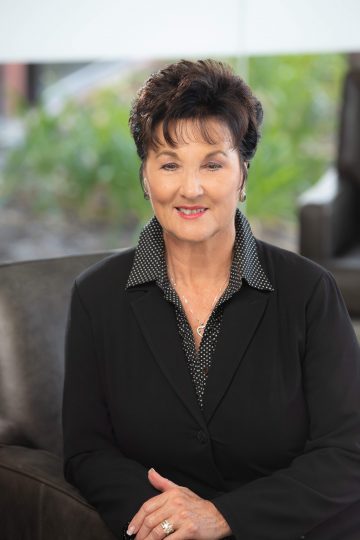 San Diego immigration attorney Nora Milner received her Juris Doctor degree from the University of Denver, College of Law in 1976. After serving in the Navy’s Judge Advocate General (JAG) Corps, she entered private practice in
1980. In 1986, Nora focused her practice on Immigration and Nationality Law in San Diego, California, and has been a practicing San Diego immigration lawyer for over 30+ years. In 1992, Nora became licensed in the Republic of Poland and opened offices in Warsaw, Poland, and Palm Desert, California.

Nora is an active member, lecturer, board member and past Chapter Chair of the American Immigration Lawyers Association, and has served as a professor at two local law schools. She became certified by the State Bar of California as a Certified Specialist in Immigration and Nationality Law, an honor reserved for only the best immigration practitioners, and received her Masters of Law (LLM) degree in Space Law from Northwestern California University School of Law in 2001; and another Masters of Law (LLM) in Federal Trial Advocacy from California Western School of Law in 2005. Nora is an Adjunct Professor of Immigration Law & Nationality Law at California Western School of Law in their International LLM Program, taught in Spanish to attorneys and judges from over 30 countries.

A native of the Panama Canal Zone, Nora speaks fluent Spanish. She is licensed in the states of California, Colorado, and Iowa, and is admitted to practice before the United States Supreme Court. Nora is also a ten-time recipient of the San Diego Super Lawyers designation for Immigration Law for the years 2008-2020, as well as other professional accomplishments.

In addition to Nora’s active practice of law, she is a published author with two adventure novels currently in print.   Flowers on Stone is an epic novel of love and adventure set against the backdrop of the French efforts to build the historic Panama Canal.  Reaching Beyond is an adventure novel that accurately predicted commercial tourism in space, as well as forecasting legal issues that space flight and life in space, might entail.   You can obtain either book at the following links.  If you are a Kindle reader, please go to www.amazon.com and enter Nora E. Milner in the search box. Enjoy.