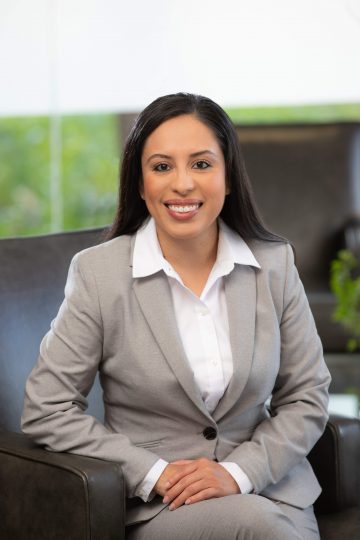 * Barred in the District of Columbia/ Pending California Bar membership

San Diego immigration attorney Guadalupe Alvarado Luna received her Bachelor of Arts in International Relations from the University of California, Davis in June 2010; and her Juris Doctor from California Western School of Law in April 2017.

During her time at California Western School of Law, Guadalupe was a three-time recipient of the Award for Academic Excellence, an award reserved for outstanding academic performance. She was the first person to receive the Murray L. Galinson Scholarship in recognition of her record of academic achievement and commitment to service in her community. Furthermore, Guadalupe successfully completed the American Bar Association Judicial Clerkship Program. She also served as an Honors Instructor and as the Vice President of La Raza Law Student Association.    Guadalupe is admitted to the District of Columbia Bar and is licensed to practice immigration law nationwide. She is an active member of the American Immigration Lawyers Association (AILA) and the AILA San Diego Chapter where she serves on the Mexican Consulate Committee. She is also a member of the San Diego County Bar Association, where she was recently published on For the Record.